Between the Medicine Cabinet and the Street: Prescription Opioids in Canadian Culture 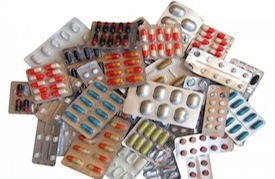 This project represents the second phase in a two-part Canadian Institutes of Health Research (CIHR) funded research program on prescription opioids, as sites of political contestation. The first phase, which concluded 2013, employed interview, policy and media analysis to trace how painkiller use came to be understood as a major social problem and how conflicting evidence about this concern is produced, negotiated, and resisted by key stakeholders. The second phase has three main objectives: 1) To explore how moral discourses helped shape the high profile policy shift around oxycodone; 2) To examine the health and social consequences of the new regulations for prescription painkiller users, service providers, and clinicians in Ontario; 3) To theorize the meanings of OxyContin/OxyNeo in the contemporary historical moment.

This is an interdisciplinary project situated at the intersection of the sociology of health and illness, drug and addiction research, and cultural studies of moral panics, consumption, and the state. The theoretical goal is to engage two scholarly literatures that are rarely used together— critical research on pharmaceuticals and critical research on illicit drugs—in order to develop a theory of prescription opioids. Our research team at the King Research Group is especially interested in assessing the contradictory social structures that devolve responsibility for health to the individual, in part by enabling the constant expansion of the purposes for which drugs are used, yet also propel the intensification of punitive approaches to an increasing variety of “illicit” drugs, their users and suppliers. We will derive our data from interviews with people who use painkillers, service providers, and clinicians; policy documents; materials from advocates occupying a variety of perspectives; and media coverage. (Read More)