A Rabbi reads the Qur’an in the Venetian ghetto 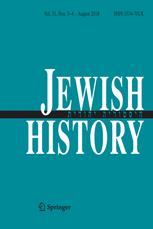 Judaism, Christianity, and Islam have long been engaged in a tripartite polemical and intellectual tradition. An early modern example of this interaction appears in a five-page manuscript collection of information about Islam compiled by the Venetian rabbi Leon Modena (1571–1648). He relied on the 1547 Italian edition of the Qur’an published by Andrea Arrivabene. It had its roots in Christian versions of the Qur’an and supplementary material about Islam. Christians used classical Islamic commentaries to prepare comprehensible and nuanced versions of the Qur’an, and around the text they also included hostile notes, introductions, and appendices.

Modena processed the material following his Christian predecessors by culling excerpts, paraphrasing, and using some of his own Jewish vocabulary. He did not distinguish whether material was from the accompanying corpus or the Qur’an. Modena presents Islam in a positive light, very close to rabbinic Jewish practice, and he uses information about Islam, provided by Christian polemicists against Islam, against Christianity. As cultural mediators draw closer to other cultures, the ensuing distancing from their own culture leaves them with deeper insight about it or a greater critical vantage point.

As a result, Arrivabene, Modena, and others in this textual tradition ran into trouble with their own religious authorities. Jews, Christians, and Muslims who draw close to each other today still face some of the same challenges. (Read More)